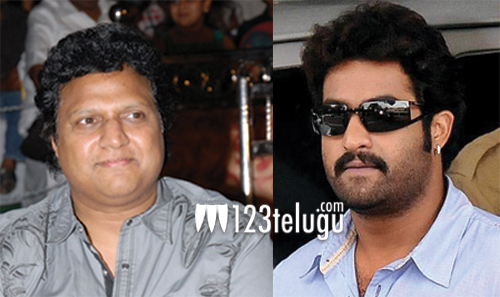 It is a well known fact that Anup Rubens has replaced DSP as the music director for  NTR-Puri film. Now as per the latest buzz, ace music director Mani Sharma will be scoring the background score for this film.

We have seen this happen earlier as well with one music director scoring the music, and the other scoring only the BGM. The makers of this film are making sure that they get everything right for this film. Kajal is playing the female lead, and the shooting is progressing quite briskly.