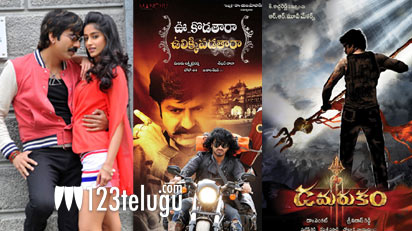 A massive shift in upcoming movie release dates is going to be seen in the industry. ‘Julay’, ‘Devudu Chesina Manushulu’, ‘U Kodathara Ulikki Padathara’, ‘Rebel’ and ‘Damarukam’ are all supposed to hit the screens in July and August in the given order. But reliable sources say that the release of these movies could be postponed by anything from 2 weeks to one month. The delay in the release of ‘Julay’ and ‘Devudu Chesina Manushulu’ is disrupting the plans of the other films following these releases.

Over the next few days, more clarity will come regarding the new release schedules. But for now, it is anyone’s guess as to when these films will finally hit the screens.