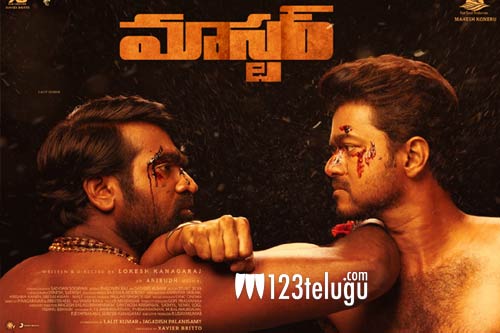 Master is a film that has become a big hit in both Tamil and Telugu. The film released on Jan 9th to solid openings. Now, the film is all set for a digital premiere soon.

The update is that the film will be out on 29th January on Amazon Prime. Directed by Lokesh Kanagaraj, this film also had Vijay Sethupathi as the other lead.

Malavika Mohanan played the female lead and Mahesh Koneru brought us the Telugu version. The film is an action drama and has been sold for a hefty price to Amazon Prime.