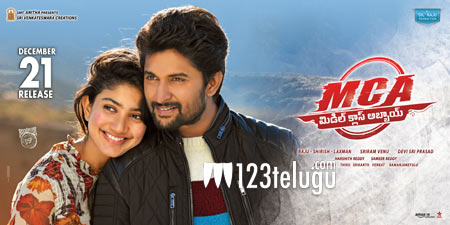 Natural Star Nani, Sai Pallavi and Bhumika-starrer emotional family drama, Middle-Class Abbayi (MCA), hit the screens amid huge expectations on Thursday to mixed reviews. Thanks to Nani’s stardom the film is performing extremely well in both domestic and overseas markets.

According to the latest reports, in the Krishna region, MCA collected a share of Rs.27,99,859 on its 5th day and took its 5-day total share to Rs. 1,43,78,004 in the district. This is a stunning feat by the film despite opening to mixed reviews.