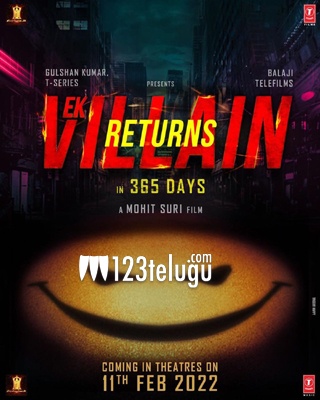 It is reported long back that Bollywood filmmaker Mohit Suri is making a sequel to his 2014 musical hit, Ek Villian. Titled Ek Villian Returns, the second installment stars John Abraham and Arjun Kapoor in the lead roles.

Meanwhile, the latest news is that the makers have announced that the film will have its theatrical release on February 11, 2022. Ek Villian Returns has Disha Patani and Tara Sutaria as the female leads.

Ekta Kapoor is bankrolling the film. Watch this space for more updates on this project.