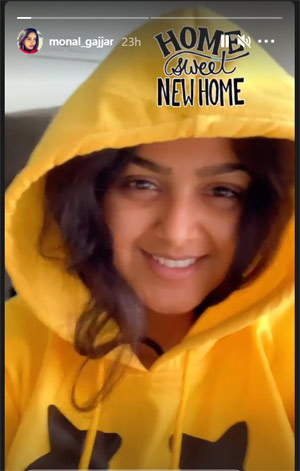 After gaining prominence with her presence in Bigg Boss Telugu season 4, Gujarati girl Monal Gajjar got busy hosting a dance show on a popular Telugu entertainment channel. The actress also has a web-series in which she co-stars her Bigg Boss housemate Akhil Sarthak.

Last night, Monal took to Instagram and shared a happy news with her fans. She said that she got a new home in Hyderabad and called herself ‘officially Hyderabadi’. Monal got her mother and her pet dog for company. The actress will soon resume shooting for the web-series. 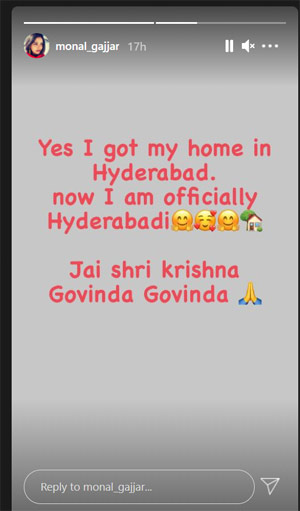