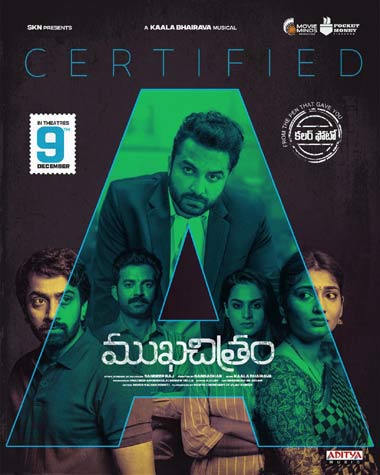 Colour Photo director’s new film, Mukhachitram, as the story writer, is all set to hit screens this Friday in a grand manner. Gangadhar helmed this flick, which has Vishwaksen in a crucial role.

The latest news is that the movie has completed all the formalities including the censor. The CBFC awarded the film with A certificate. The expectations are upped with the release of the trailer.