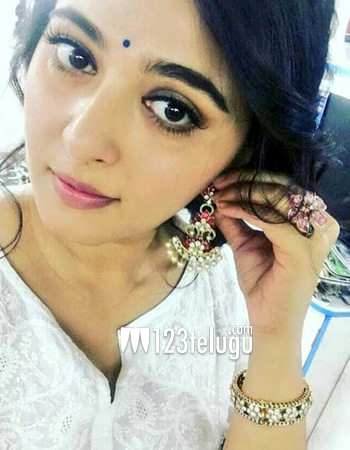 Anushka Shetty is one heroine who is always in the limelight. Whatever she does on and off screens becomes news. Earlier today, one of her selfies went viral all over the social media.

Seen here in the above picture is Anushka posing with a lovely earring where she looks quite stunning. Anushka’s role in Baahubali 2 is eagerly being awaited all over as Anushka looks gorgeous in the trailers, the hype has grown even bigger.

Apart from Baahubali, Anushka will be seen in a female oriented film called Bhagmati which is produced by UV Creations.