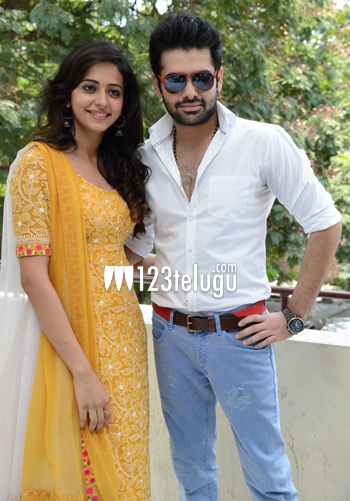 The shooting for Pandaga Chesko is progressing quite rapidly. Ram is the hero and Gopichand Malineni is the director. The unit completed a schedule in Pollachi recently and a new schedule started in Hyderabad yesterday.

Rakul Preet Singh is playing the lead in this film which also has Sonal Chauhan. Paruchuri Kireeti is the producer of this film. Meanhile, Rakul was unable to make it to two of her audio launches, Current Teega and Loukyam. The actress tweeted,”Thanku all for a great response to d songs of #Loukyam n #CurrentTheega..Really misd being At d events.Was stuck in shoot for my other film (sic)”.