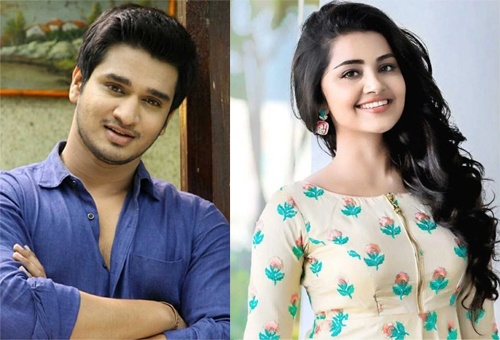 Hero Nikhil has teamed up with his director friend Chandoo Mondeti for the second time after their 2014 fantasy thriller, Karthikeya. Young Mollywood actress Anupama Parameswaran is the leading lady in this high budget fantasy thriller, titled Daivam Manushya Rupena.

DMR has been shot across Indian states such as Telangana, Gujarat, Rajasthan and Uttarakhand. Apparently, the film’s unit will soon be flying to Europe and the South East Asian country of Vietnam for a couple of crucial schedules.

DMR will showcase the protagonist’s quest to unearth a 5118 years old divine secret that dates back to a bygone era that belongs to the Pradhama Pada of Kalyug in the Jambu Dweep of the Bharata Khanda. DMR features extensive VFX. The film is being produced under People Media Factory and Abhishek Agarwal Arts banners.