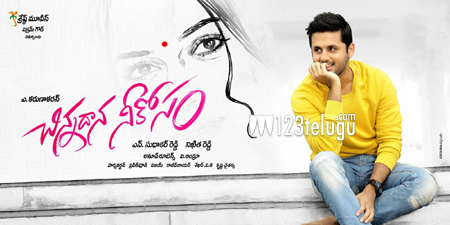 Directed by Karunakar, this romantic entertainer features Mishti Chakraborthy of the Hindi film ‘Kaanchi’. Anoop Rubens is scoring music for this film which is produced under Nithin’s home production ‘Shresta’ banner.