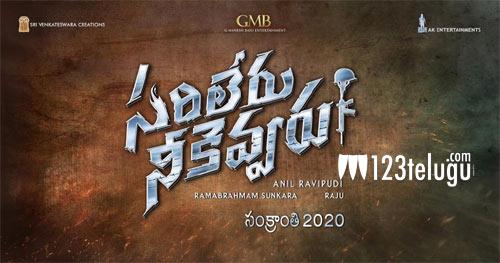 The second schedule of Sarileru Nikevvaru will start on the 26th of this month in Hyderabad. Meanwhile, the call sheets for other actors are also being finalized.

Now, the latest gossip reveals that Khadgam fame, Sangeetha has been roped in for a crucial role in the film. Though there is no confirmation about this news, it has become a hot topic in social media.

Anil Ravipudi directs this film which has Rashmika as the female lead. DSP scores music and Rajendra Prasad plays a key role.