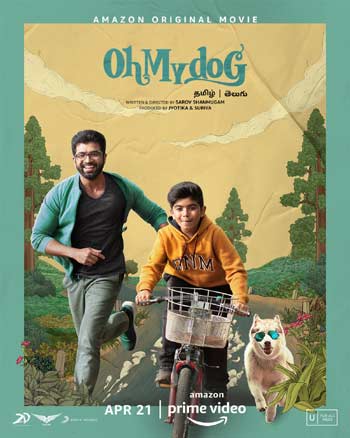 Tamil film Oh My Dog, starring Arun Vijay and his son Arnav Vijay in lead roles, finally gets a new release date. The OTT movie is written and directed by the debutant Sarov Shanmugam.

Today, the makers have officially confirmed that the family entertainer will premiere on Amazon Prime Video on April 21, 2022. Actor Vijaykumar, father of Arun Vijay is also a part of the movie.

The OTT movie will be released in Tamil and Telugu on Prime Video. Produced by the star couple, Suriya and Jotika, under the 2D Entertainment banner and co-produced by Rajsekar Karpoorasundarapandian and S. R. Ramesh Babu of RB Talkies, the movie has the music of Nivas Prasanna.