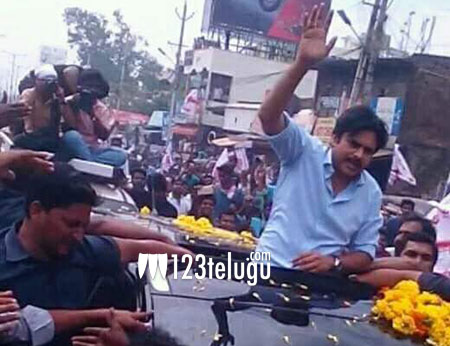 Yesterday, we had reported that Pawan Kalyan will head to Amaravathi and meet AP CM Chandra Babu. As expected, the powers star landed in Vijayawada but to his shock, there was a sea of fans waiting to get a glimpse of him at the airport.

Pawan was taken in a tight security to the AP secretariat and there he held his meet with the chief minister. Even when all this was going on, fans were waiting in huge numbers on the roads just to get a glimpse of him.

The same thing happened to Pawan as hundreds of fans gathered to see him in Vizag. With each passing day, Pawan’s popularity is reaching new heights and this becomes quite challenging for all the political parties in AP.