Pawan Kalyan to fulfill his long-cherished dream along with son Akira?
Published on Jun 1, 2021 8:00 am IST 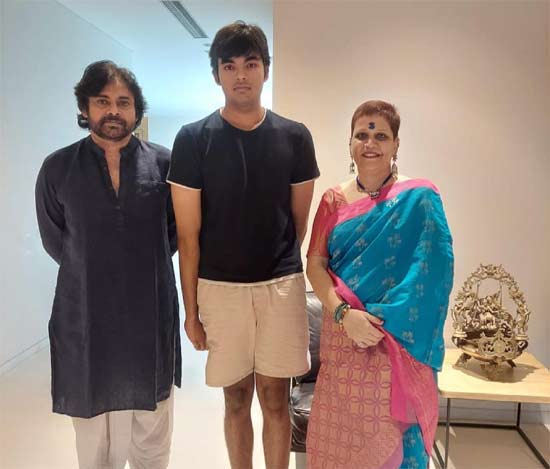 Yesterday, a photograph featuring star hero Pawan Kalyan and his son Akira Nandan posing with Akira’s music teacher went viral on social media. Fans were amazed at Akira’s height and charming looks, while they were also thrilled to see a rejuvenated Pawan after his COVID recovery.

Now, if the latest buzz is anything to go by, there’s more to the story than meets the eye. Apparently, it was Pawan who advised Akira to learn music. Pawan, who occasionally attends Akira’s music classes, is said to have developed a keen interest in learning music himself. It’s well known that Pawan used to learn violin in the Carnatic classical music style in his childhood.

Apparently, Pawan now wants to fulfill his long-cherished dream of learning music and is planning to join Akira in his music classes. Now that Pawan is currently free from his film and political commitments due to the lockdown, acquiring a new skill is indeed a great idea.