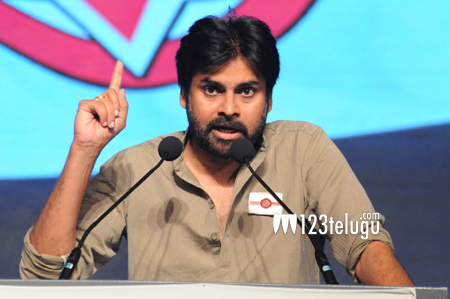 Pawan Kalyan’s speech at the launch of his newly formed ‘Jana Sena’ Party is the talk of the town today. Yesterday evening, as he continued talking about why he wanted to start a political party now, social media was abuzz with posts and tweets from people who were eagerly looking forward to hear him talk and soon after he ended, thousands of people expressed their support to him.

Not just the common audience, his speech struck a chord with several celebrities in Telugu film industry who appreciated him for being extremely honest and dashing with his views on the current state of politics. “I’m an Indian first. I don’t have a caste, religion or region. If anyone wants to divide us on these lines, I warn them of dire consequences,” Pawan Kalyan said at the event, much to the excitement of his supporters. While he clarified that ‘Jana Sena’ party is still in a very nascent stage, he confessed, “I’m not sure if I’m going to contest in elections this time. Jana Sena is a movement and we have a long way to go.”

In the end, he concluded saying, “I’m ready to join hands with anyone, except Congress, who wants to work for the development of people from both Telangana and Seemandhra. Congress hatao, Desh Bachao.” Although he has clearly dropped hints at which political party he might support, it remains to be seen what he decides in near future. For now, it certainly looks like Pawan Kalyan’s speech has sent shockwaves across the state.