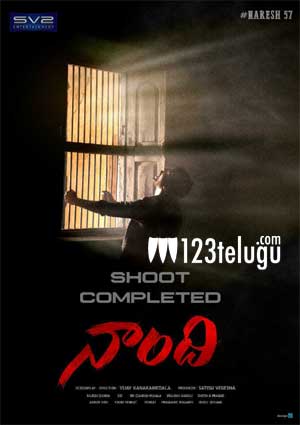 Comedy King, Allari Naresh is doing a film called Naandi and we all know that. The film has completed its shoot and the post-production is in full swing as of now.

The makers also revealed a poster that showcases Naresh in a fierce avatar. The latest we have come to know is that the film has come out quite well and will surely impress the audience and shock them with the performance of Narseh.

The sources also say that the film has some gripping drama and dialogues and the action part will be quite realistic in nature. Produced by Satish Vegensa, this film will out for Sankranthi is the talk as of now.