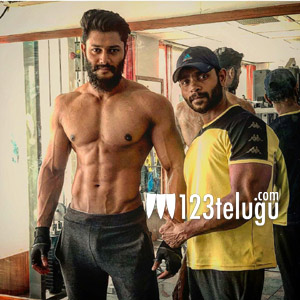 Ever since he made his acting debut with Teja’s Neeku Naaku in 2012, young hero Prince has been mostly seen in soft, romantic boy roles. But today, the actor stunned everyone by posting a picture in which he was seen sporting a rugged avatar with perfectly chiseled six-pack abs and a thick beard.

Even though Prince is tight-lipped about his latest makeover, buzz is that he has been working hard on his body for his upcoming film. Details regarding his next project will be out soon. Prince was last seen in extended cameos in Nenu Sailaja and Mister. He had also gained prominence with his stint in Bigg Boss Telugu.