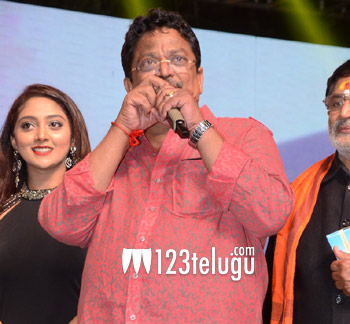 Nandamuri Balakrishna’s next release will be the high budgeted mass masala action entertainer, Jai Simha. The film is slated for January 12 release as a Sankranthi festive treat. Jai Simha is produced by senior producer C Kalyan.

Speaking at Jai Simha’s audio launch event last night, C Kalyan revealed that it was Balayya who entrusted him with the task of producing Jai Simha despite their previous film (Param Veera Chakra) being unsuccessful. Displaying total confidence in Balayya’s box-office stamina, C Kalyan said that he has not sold Jai Simha’s theatrical rights to any distributor and that he will be releasing the movie across the twin Telugu states on his own.

The producer further vowed to donate some amount from the profits earned from Jai Simha’s theatrical revenues to Balayya’s cancer hospital.