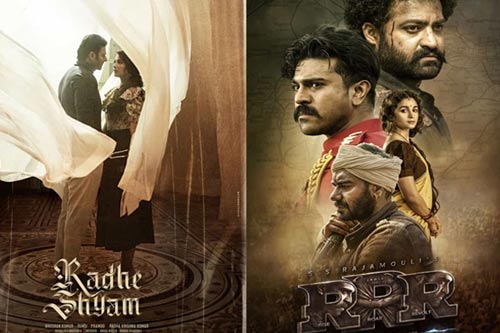 RRR is a film that everyone wants to watch on the first show of the first day. The makers finally revealed that the film will be out either on the 18th of March or April 28th.

Now, the news is that the makers of Radhe Shyam were also looking at more or less the same dates to release their film as well.

Though this news is not yet confirmed, it has gone viral in no time. Radhe Shyam also has Pooja Hegde alongside Prabhas.