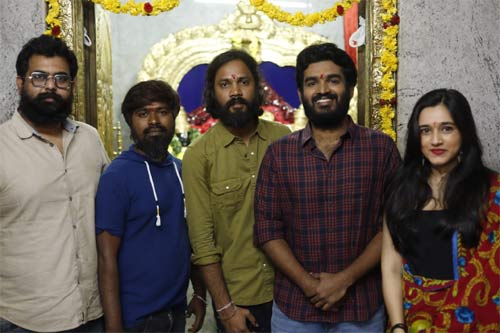 Young hero Kiran Abbavaram, who made his acting debut with the youthful romantic drama, Raja Varu Rani Garu, has kick-started his next project today with a formal puja ceremony. The film has been interestingly titled ‘Sebastian P.C. 524’.

Hero’s night blindness forms the main crux of the film’s story. Namratha Darekar and Komali Prasad are the film’s heroines and debutant Balaji Sayyapureddy is the director. The film will be shot in a single schedule and it will be ready to hit screens in summer next year.