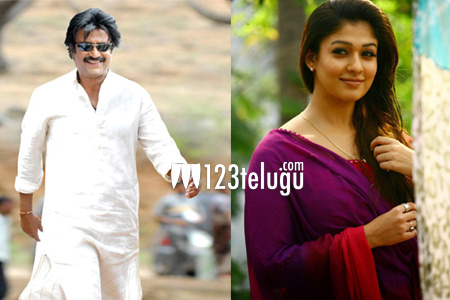 If the ongoing reports end up being true eventually, Superstar Rajinikanth will be romancing Nayanthara for the fourth time, a rare achievement for any actress in the current generation. According to the reports, Rajini and Nayan may join hands for the Tamil remake of Bhaskar the Rascal, the superhit Malayalam comedy featuring Mammootty and Nayanthara.

Apparently, the Tamil remake will be helmed by Siddique, who directed the original. This remake is expected to go on floors soon after Rajini wraps up his part for Shankar’s 2.0. In the past, Rajini and Nayan shared screen space in films such as Chandramukhi, Sivaji and Katha Nayakudu.

Rajini is also in talks with his Chandramukhi director P Vasu for a possible sequel to the hit thriller.