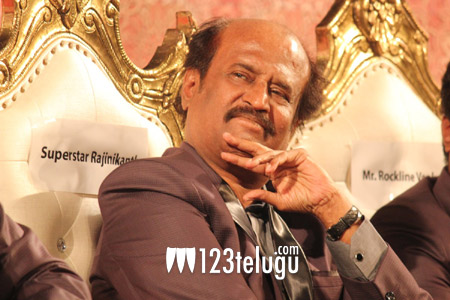 Superstar Rajinikanth’s latest offering Lingaa has completed its principle shooting and is getting ready for a grand release on December 12th. Film’s audio has been released today at a grand event in Chennai. According to our reliable sources, Rajinikanth’s remuneration for this action entertainer is a whopping 50 crores. The popular media house EROS, has already bought the rights of this film for 125 crores.

K.S.Ravikumar is the director of the film and Rajni romances two heroines, Sonakshi Sinha and Anushka in this flick. Rajni will be seen in a powerful role in this film while A.R.Rahman scores the music.