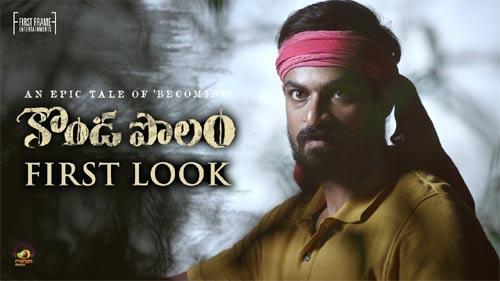 The much-awaited title and first look poster for star heroine Rakul Preet and young Mega hero Vaishnav Tej’s upcoming rural adventurous drama under Krish’s direction have been unveiled just a while ago. This Krish directorial has been titled Kondapolam, after the book on which the film is based on. The title comes with the tagline “An Epic Tale Of ‘Becoming’”.

Kondapolam is being produced by Saibabu Jagarlamudi and Rajeev Reddy under First Frame Entertainments banner and presented by Bibo Srinivas.