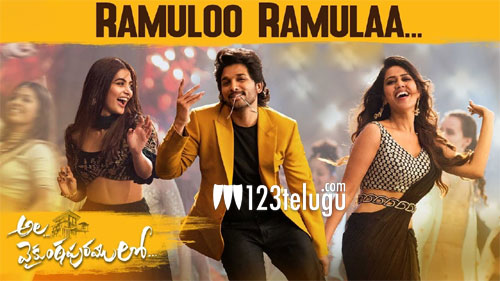 Released in October last week, Ramuloo Ramulaa, the peppy mass number from Ala Vaikunthapurramuloo’s audio album, has been rocking the charts ever since. The song has now pulled off a major feat on YouTube.

Ramuloo Ramulaa has been sung by Anurag Kulkarni and Mangl. Thaman is the song’s music composer and popular lyricist Kasarla Shyam had penned the song.