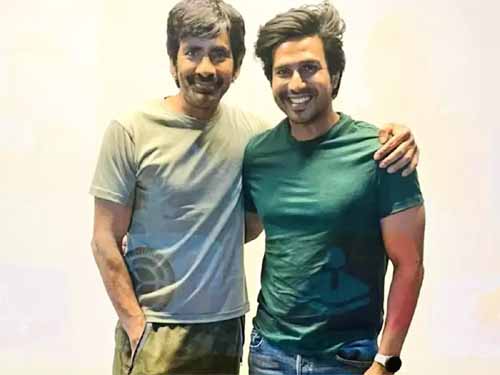 Tamil actor Vishnu Vishal, who scored a hit with FIR, is now doing an interesting movie. Back in February 2022, during the promotions of FIR, he announced that his next film is a bilingual movie having Mass Maharaja Ravi Teja in a pivotal role.

Today, he took to Twitter and announced that something important about the movie will be revealed this evening. Both Ravi Teja and Vishnu Vishal are producing the movie under their home banners. We need to wait a few more hours to know more details about the crazy multi-starrer project.

On the work front, Ravi Teja has many crazy projects in his pipeline. His upcoming movie, Tiger Nageswara Rao was recently launched grandly. Keep watching this space for more interesting updates.