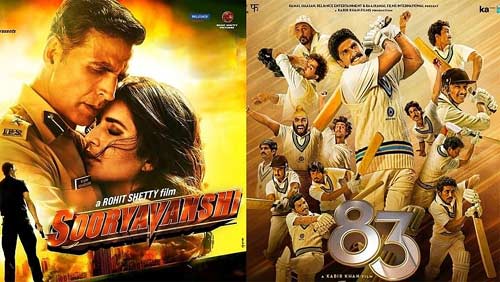 Leading Bollywood production house, Reliance Entertainment, had clarified a few months ago that their two big films, Sooryavanshi and 83, will not be having a direct OTT streaming. The top banner had confidently said that both the films will have a theatrical release first by.

Meanwhile, the latest news is that the makers are planning to announce the release dates of Sooryavanshi and 83 this month end. While Sooryavanshi is directed by Rohit Shetty, the latter is being helmed by Kabir Khan.