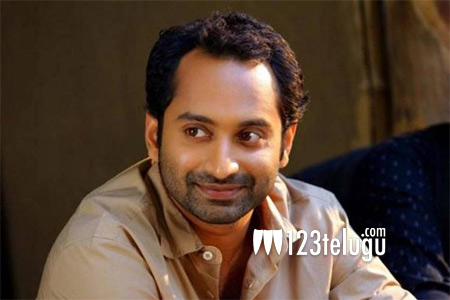 It is a known fact that Allu Arjun is doing a film called Pushpa that is being directed by Sukumar. The shooting will start soon post the lockdown.

Fahadh Faasil is making his Telugu debut with this film and the latest gossip is that he will be seen as a forest officer in the film.

Though this news is not yet confirmed, it has started going viral. Fahadh has been roped in to play the main villain and we need to see how Sukumar showcases him.

Rashmika is the heroine in Pushpa and DSP scores the music. The film will be made in two parts and will have a pan-India release.