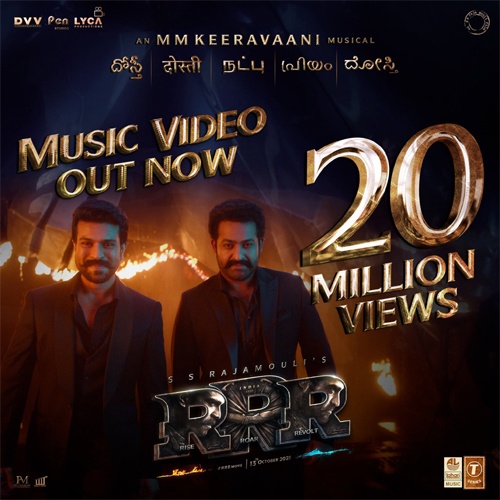 Released yesterday on the occasion of Friendship Day, the Dosti video song from NTR and Ram Charan’s highly-anticipated multi-starrer, RRR, has packed a solid punch on social media. Within 24 hours of its release, Dosti song’s all the 5 versions together clocked a cool 20 million views on YouTube.