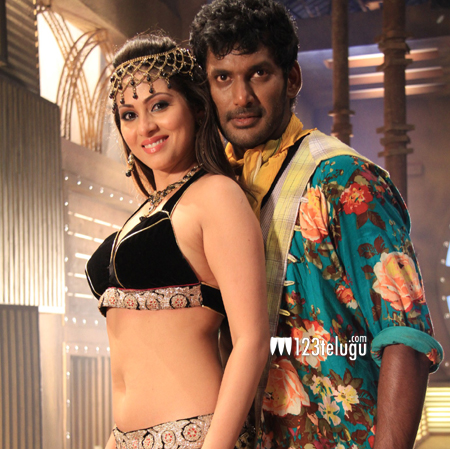 Actress Sada had a dream debut in Tollywood thanks to her first film “Jayam” which went on to become a super duper hit. However post that film she didn’t have a straight Telugu film which was as successful as her first film. Of Course Aparichitudu was a decent hit but that was dubbed from Tamil. Recently she has almost taken a sabbatical and almost vanished from the silver screen. However she is now back with an Item song in one of the upcoming film “NataRaju Thane Raju” which has Vishal playing the main lead. The song is expected to be a peppy number and is scored by Vijay Anthony.

The movie has completed its shoot and is all set to release in a big way soon. Meanwhile Vishal is gearing up for aggressive promotions for the movie starting next week.