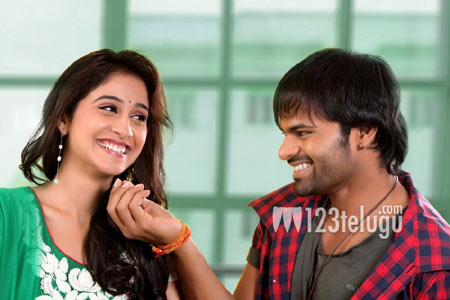 Sai Dharam Tej, who had been shooting for YVS Chowdhary’s Rey, is all set to get back to the shooting of his second project. This film is being directed by A S Ravi Kumar Chowdhary and Bunny Vas and Harshith are producing the film. Allu Arvind is presenting the film under Geetha Arts banner. Already, the film’s first schedule was wrapped up few weeks ago and the second schedule is going to commence from February 25 onwards. Regina is playing the lead role opposite Sai Dharam Tej in this romantic entertainer.

Talking about the film, the producers said, “A S Ravi Kumar Chowdhary has come up with a very good script for the film and he’ll definitely impress the audience with his making. Sai Dharam Tej is giving a matured performance in this film and his comedy timing is impeccable. Sri Hari is playing a very different and interesting role in the film.” Anup Rubens is scoring the music.