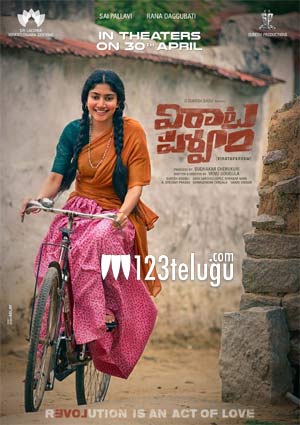 Sai Pallavi is always known for doing some serious and crazy roles. Once she signs a film, it is a clear indication that she will have a solid role in it. The same has happened with her new film Virata Parvam as well.

She will be seen in a very tense role of a village girl who goes through a lot of issues. Today, the makers revealed her look from the film and it has instantly gone viral.

Sai Pallavi is seen in a half Sari on a bike and is looking different in a cheerful mood. Her role and chemistry with Rana are going to be solid as per the latest news. Venu Udugula directs this film that has been produced by Suresh Productions.