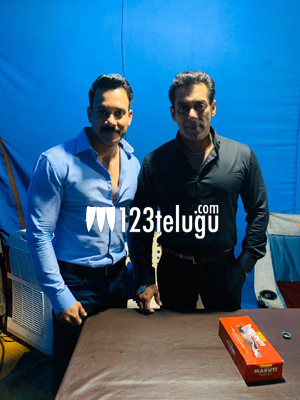 It looks like Bollywood superstar Salman Khan is determined to conquer the southern box-office. His Dabangg 3 is slated to release in Tamil and Telugu in a grand manner on December 20. And now, Salman and his director Prabhu Deva have roped in popular Tamil hero Bharath for a key role in their next film, Radhe.

Bharath took to Twitter last night and thanked Prabhu Deva for such a huge opportunity. Bharath is well known to Telugu audiences for his roles in movies such as Premisthe, Shankar’s Boys and Mahesh Babu’s Spyder. Radhe marks the third cooperation between Salman and Prabhu Deva, after Wanted and Dabangg 3. The film is slated to release for Eid 2020.