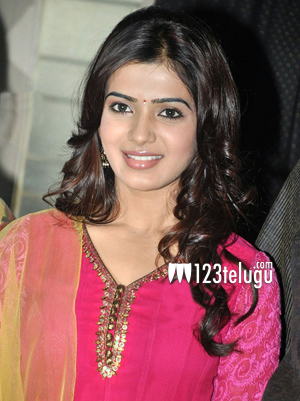 Actress Samantha seems to be having a great time in Spain, where she is participating in a song shoot for the film ‘Ramayya Vasthavayya’. Samantha has been hanging out with her friend and designer Neeraja Kona.

“It’s such a pleasure to work with happy people.. So much laughter on the sets of RV… Tarak, Harish Shankar and Neeraja Kona. Lucky me”, she tweeted.

The film’s shoot is coming to an end. Harish Shankar is the director of the movie and Dil Raju is the producer. Thaman composed the music. The film is being readied for a possible release in the last week of September or the first half of October. After the completion of this film, NTR and Samantha will mover over to ‘Rabhasa’, which is being directed by Santosh Srinivas.