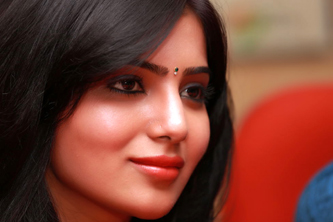 Social networking sites can throw quite a few surprises every now and then. Once such incident occured earlier today with Samantha on Twitter. The actress was on cloud nine when she got a compliment from Paulo Coelho, one of her favourite authors, on Twitter. Earlier today, she posted on Twitter, “We are what we do and not what we think we should do”-paulo coelho….this is why I love u” and moments later, she received a reply from the man himself. “@Samanthaprabhu2 what a compliment! Have a blessed week,” Paulo Coelho replied to her Tweet. Samantha couldn’t believe her luck after seeing the reply and she couldn’t stop gushing about it. The actress thanked him for being a huge influence on her life. Samantha is currently shooting for Nandini Reddy’s untitled film in Hyderabad.