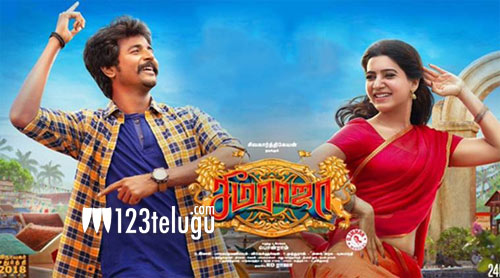 Samantha had three releases yesterday and one among them was the Tamil film Seema Raja. The film had Shiva Karthikeyan as the main lead and the talented actor has become this superstar off late whose films are taking a solid start at the box office.

The same has happened once again as Seema Raj made a total gross of 1 crore in just the Chennai city alone which is the highest for Shiva. Sam plays his love interest in this commercial drama which was released on Vinayaka Chaviti.

Now, as the word of mouth is good, Samantha can ensure another hit in her kitty with Seema Raja.