Second pre-look for Allu Sirish-Anu Emmanuel film is breezy and romantic
Published on May 29, 2021 11:00 am IST 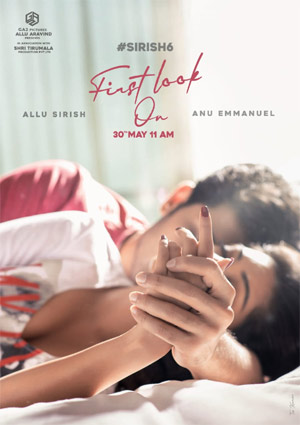 A couple of days ago, the makers of Allu Sirish and Anu Emmanuel’s upcoming love story unveiled a romance-filled pre-look poster. The film’s first look poster will be out on May 30th at 11 AM, on Sirish’s birthday. The pre-look poster created a decent buzz for the movie.

This morning, the makers of this as-yet-untitled film released the second pre-look poster. Just like the first pre-look, even the new poster is full of romantic vibes and raises the curiosity levels on the first look. The film is being directed by Rakesh Sashi and produced under GA 2 Movies banner in association with Shri Tirumala Productions banner.