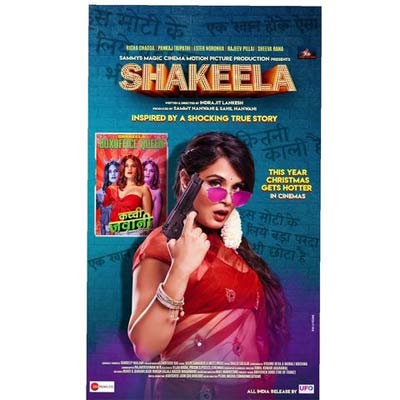 It is well-known that a biopic based on the life of South Indian semi-adult film actress, Shakeela has been under making from the past one year. Titled Shakeela, the film has Bollywood actress Richa Chadda in the titular role.

Meanwhile, the latest news is that the film is set for its theatrical release on December 25, 2020. As per the reports, the film will first have a release in Hindi and it’ll be dubbed in Telugu and Malayalam afterwards.

Directed by Indrajith Lankesh, the film will also have an international release with an uncut version. UFO Cine Media Network has bankrolled the movie.