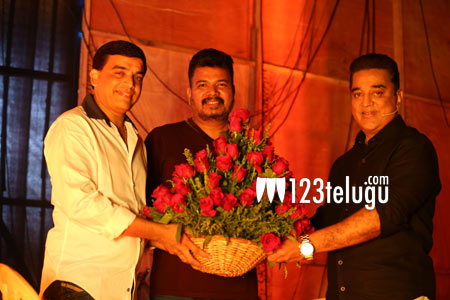 Ever since it was confirmed that Shankar and Kamal Haasan are going to team up for the sequel to Bharatheeyudu, there has been a lot of speculation about when the film will go on floors and who’ll be part of the team. Dil Raju is going to produce the film in both Telugu and Tamil.

Considering that Indian 2 is going to be a socio-political film, it’s the perfect film for Kamal Haasan at this point of his career considering that he’s all set to take an plunge into active politics. The film could turn into the right vehicle for Kamal Haasan to convey his message across to the mass audience and one film like this is much better than giving 10 public speeches.

Announcing the film at Bigg Boss Tamil’s grand finale, Shankar said, “I thought about Indian 2 three years ago, and two years ago, I began developing its theme. Finally, I’m going to make the film now. I had a hunch that Indian 2 is going to be my next film when I was working on 2.O.”

More details about Indian 2 are going to be revealed soon.