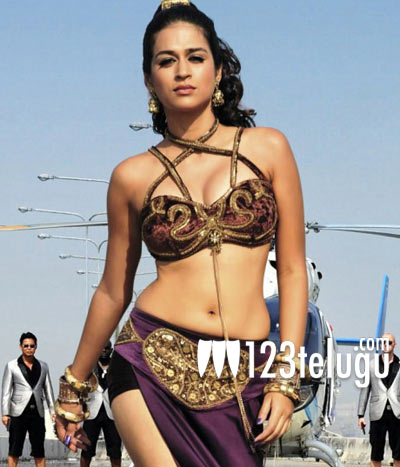 Shraddha Das has been quite choosy about her roles in Telugu films of late. At one point of time, she did a series of roles as the second lead or supporting characters in films like Aarya-2 and Mogudu. She’ll soon be seen in YVS Chowdhary’s upcoming film Rey which also has Chiranjeevi’s nephew Sai Dharam Tej and Saiyami Kher in lead roles. The first look of the film was recently launched and Shraddha Das looked ravishing in the stills. She’s playing the role of a pop singer in the film and she even has dialogues in Spanish in this film which is a musical love story. YVS Chowdhary is known for portraying his heroines in quite a glamorous way and this time with Shraddha Das and Saiyami Kher in lead roles, he has done his best to project them in a sensual manner. Apart from Rey, Shraddha will also be seen in Dracula 3D and two other Hindi films are in last stages of production.