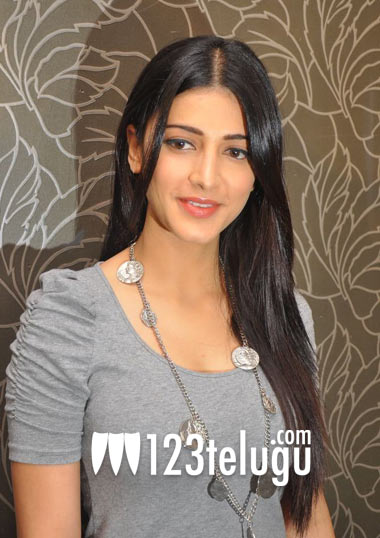 Shruti Haasan has signed yet another big project in Bollywood. Currently, she’s part of Anees Bazmee’s Welcome Back and Akshay Kumar starrer Gabbar. The latest news is that she has signed Tigmanshu Dhulia’s film. The film has been titled as Bichhde Sabhi Baari Baari and it stars stalwarts like Irrfan Khan, Manoj Bajpayee, apart from Amit Sadh and Vidyut.

Apparently, Shruti Haasan is playing a very interesting role which requires her to sport different gets up since the film’s story is set in a span of 35 years. The actress is quite excited about sharing screen space with Irrfan Khan and Manoj Bajpayee. Besides, Tigmanshu Dhulia has directed films like Paan Singh Tomar, Sahib Biwi Aur Gangster, which were highly acclaimed. Last year, Shruti Haasan had acted in ‘D-Day’ which earned her rave reviews and she’s hoping that this film too will prove lucky for her.

In Telugu, she’ll soon be seen in Race Gurram and Allu Arjun is playing the lead role. Surender Reddy has directed the film and it’ll hit the screens soon.