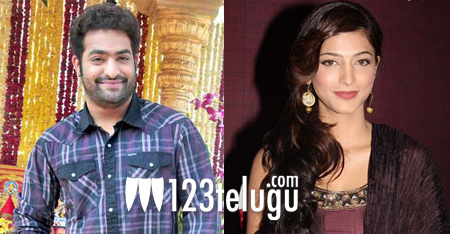 Shruti Haasan, the hot and beautiful daughter of Kamal Hasan , blamed her packed tri-lingual schedule for missing out on Young Tiger NTR’S ‘Dammu’. She said she heard reports of how the film was shaping up and on more than one occasion, regretted missing out on such a plum opportunity.

She however stated that she would make up for that miss and says she is working on prioritizing her dates. Shruti did admit that juggling dates between Bollywood, Tollywood and Kollywood was way harder than she’d imagined it to be.

The suave actress also admitted that she felt a tinge of envy when Dhanush scored such a viral hit in Kolaveri, but laughed it away thinking that the song was also part of her movie “3”. She also said that for now, acting is her only priority. “Singing and music composition will be fun but they will come at a later stage of my career”, said Shruti