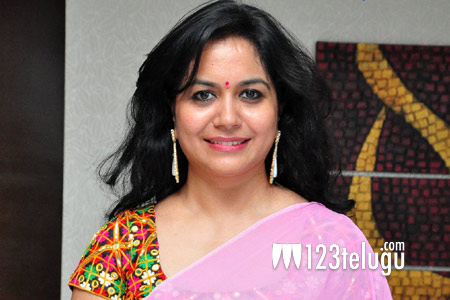 Popular playback singer Sunitha is all set to don the producer’s hat, if the latest buzz in film circles is to be believed. Apparently, Sunitha will be headlining the production wing of her entrepreneur husband Ram Veerapaneni’s production house Mango Mass Media.

Ram Veerapaneni forayed into film production with the recently released youthful entertainer, Ek Mini Katha. He is now said to be planning to produce web-series and Sunitha will be looking after the content and other production responsibilities. In other news, Sunitha will soon be turning judge on legendary playback singer SP Balasubrahmanyam’s iconic musical show, Padutha Theeyaga.