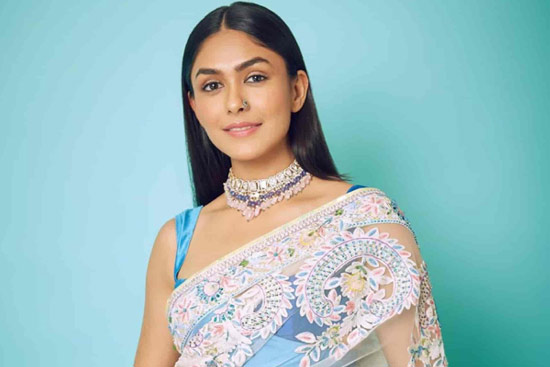 Simbu’s Vendhu Thanindathu Kadu (The Life of Muthu in Telugu) is receiving good response from the audiences. The film had a delayed release in Telugu. It was a special one for the fans since it is the fourth film for the actor-director duo.

Sita Ramam beauty Mrunal Thakur is now all praise for this Simbu starrer. She took to her Twitter and complimented the film. She wrote that the film has a beautiful story and added that it showed the hard hitting story of common man’s journey and the consequences thereafter. Mrunal wrote that the action sequences and songs are top notch and congratulated the entire team.

Siddhi Idnani is the female lead while Radhika Sarathkumar and Neeraj Madhav played key roles in this gangster drama. AR Rahman composed the music for the film that is produced by Ishari K Ganesh under the Vels International banner.

What a beautiful story #Vendhuthaninthadhukaadu is @menongautham sir!
A hard hitting story of a common man’s journey and the consequences of one’s circumstances.
Great action sequences and beautiful simple songs!
Congratulations to the entire team!