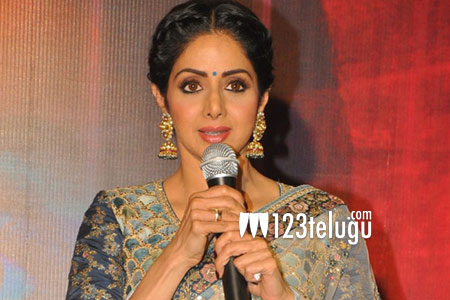 Yesteryear actress, Sridevi was in the news recently for her remarks on ace director Rajamouli. Now, she is once again in headlines as the once star heroine will very soon launch her own mobile App.

Sridevi has two grown up daughters now who are entering films and a lot is written about them on a daily basis. So, in order to be safe from the hard-hitting media, she has taken this decision.

Sources close to her suggest that Sridevi has made this move as only correct information about her career and daughters to will be revealed through this app.

Meanwhile, Sridevi showed a lot of maturity in her new film ‘MOM’ where she takes revenge for her daughter’s rape. Apart from Sridevi, Sonam Kapoor, Nargis Fakhri and many other heroines have their own app to connect with their fans.