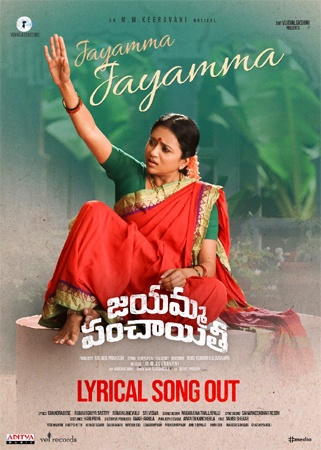 Famous anchor Suma has made her acting debut with Jayamma Panchayathi. Directed by Vijay Kumar Kalivarapu, the movie’s second song has been released by the successful director, SS Rajamouli today.

Composed by MM Keeravani, the song titled Jayamma Jayamma, which has the vocals of Sri Krishna, is all about Jayamma’s character and her behaviour with the villagers.

Surprisingly, Suma has also crooned the rap in this song. RamaJogaiah Sastry has penned lyrics to this song, which is euphonious.

Produced by Balaga Prakash under Vennela Creations, the movie will release soon in theaters.