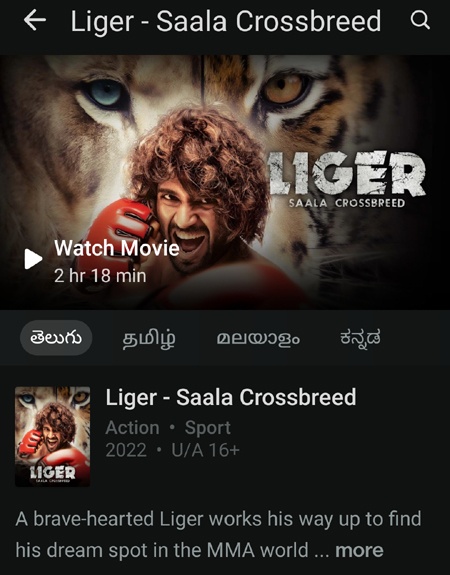 Youth sensation Vijay Deverakond starrer Liger was out last month and it turned out to be a huge disappointment for all the parties involved. The film was released amid heavy expectations but sadly it couldn’t reach them. This Puri Jagannadh directorial had Ananya Panday as the female lead.

The film is now available to stream On Disney Plus Hotstar in Telugu, Tamil, Kannada, and Malayalam languages. The Hindi version is expected to premiere soon. This is exactly four weeks after the movie’s release.

Ramya Krishna played the mother of Vijay while boxing champion Mike Tyson did a cameo. Charmee Kaur, Karan Johar, Puri Jagannadh, and Apoorva Mehta produced the film jointly. Those who missed watching it in theatres can now enjoy it on Hotstar.