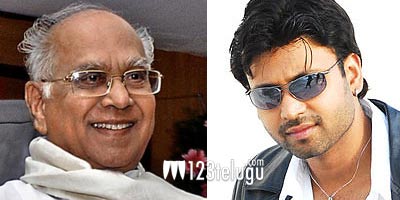 Sumanth’s latest set of pictures from his upcoming film Emo Gurram Egarvachhu, where he had dressed up as a woman, caught many people by surprise. He hadn’t done anything like this before and it goes against his onscreen image. Turns out that even he was reluctant to do those scenes initially.

Now, Sumanth has revealed that it was ANR who inspired him to take up those scenes as a challenge. Apparently, Chandra Siddhartha, who directed the film, reminded Sumanth that even ANR had played the role of a woman in couple of plays before he made his debut in films. After much consideration, Sumanth decided to let go of all his inhibitions and don this avatar which appears in a song.

Pinky Savika is going to make her debut in Tollywood with this film. S S Kanchi has written the script and M M Keeravani has scored the music. The film is expected to hit the screens in late January.