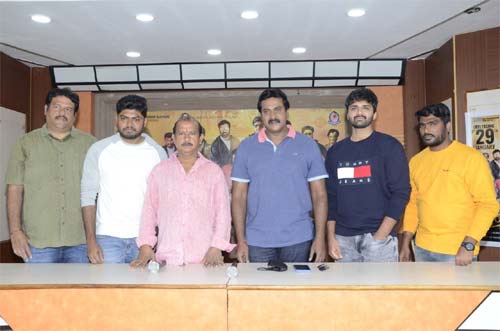 A social drama, titled Jai Sena, is currently under production, and the makers say that the film is a tribute to farmers and that it’s story is based on actor-turned-politician Pawan Kalyan’s ideology. Jai Sena’s team said that the film is inspired by Pawan’s fight for the protesting farmers in Amaravati.

According to the latest updates, star comedian turned hero Sunil will be playing a crucial role in Jai Sena. He will be seen as a cranky IPS officer. Sunil said that the character he’s portraying has been the most satisfying for him in the recent times.

Jai Sena also features noted heroes Srikanth and Tarakaratna in lead roles. Preeti Sharma is the leading lady in this V Samudra directorial. V Arun Kumar has bankrolled the film, which is hitting screens on January 29.