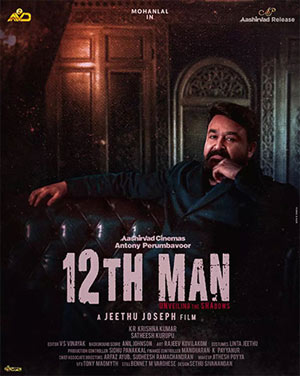 Disney Hotstar has apparently acquired the direct to OTT rights of 12th Man and the film will be made available for streaming on the platform soon.

Disney + Hotstar will be officially announcing the direct to OTT premieres date of 12th Man very soon. More promotional material will follow in the due course.

The film is directed by Jeethu Joseph and it has Mohanlal in the lead role.